Dame Inga Beale is an experienced business leader having spent over 38 years in global financial services.  From 2014 to 2018 her final executive role was as CEO of Lloyd’s of London.  She now has a portfolio of non-executive roles being Chair of Mediclinic and independent board member of Clyde & Co, Crawford and Company, and London First.

During her 5 year tenure at the 330-year-old financial institution of Lloyd’s, Dame Inga was responsible for accelerating the modernisation of the insurance market, embedding an innovation culture, and expanding the market’s global access across new, high-growth markets including China, Dubai, and India.  As the first female Chief Executive of Lloyd’s, she also played a critical role in advancing diversity and inclusion initiatives across the global insurance sector.

Before joining Lloyd’s, Inga was Group CEO of Canopius, an insurance company with its principal operations at Lloyd's.  Prior to that she was on the Global Management Board of Zurich Insurance Group in Switzerland.  Earlier roles include Group CEO of Swiss reinsurer Converium, and a variety of international leadership positions for GE Insurance Solutions where she was based in the UK, USA, France and Germany.  She started her career as a reinsurance underwriter with Prudential in London and qualified as an Associate of the Chartered Insurance Institute in 1987.  She is a Chartered Insurer and was awarded her Damehood in 2017 for services to the UK economy.

Her philanthropic interests include being a member of the Pitt Rivers Museum Advisory Board at Oxford University, and Patron of Insuring Women’s Futures, a not-for-profit aimed at improving women’s lifelong financial resilience. 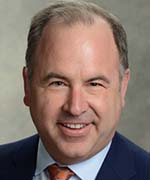 Michael F. Consedine serves as the NAIC's Chief Executive Officer.  As CEO, he principally focuses on strategic planning, policy development and implementation in the areas of state, federal and international affairs and relations. He advocates for NAIC members and represents their interests before federal and international policymakers, state government associations, and consumer and industry groups. Consedine is also responsible for management of the NAIC's Executive Office and staff.

Consedine currently serves as an Executive Committee Member on the IAIS and speaks frequently on both domestic and international insurance matters. He is also on the advisory board for Plug and Play Tech Center and is very involved in both insuretech and fintech issues.

Before joining the NAIC in January 2017, Consedine served as the Global Head of Government and Policy Affairs at Aegon, one of the world's largest financial services companies with operations in 20 countries serving more than 30 million customers. At Aegon he led government relations in Europe, the Americas and Asia. Concurrently, Consedine was Senior Vice President, Deputy General Counsel, and Executive Director of Government Affairs of Aegon's U.S. subsidiary, Transamerica. In this role, he oversaw all aspects of the company's state and federal government relations activities.

Consedine has spent his entire career in the insurance industry as an attorney, regulator, and executive. Most notably, he served as the Insurance Commissioner for the Commonwealth of Pennsylvania from 2011 to 2015. While Commissioner, he was elected by his peers to serve as an officer of the NAIC as Secretary-Treasurer, Vice President and President-Elect. He served on a number of NAIC committees focused on both international and domestic matters, including as Chair of the International Insurance Relations (G) Committee, the Reinsurance (E) Task Force and the Health Care Reform Alternatives Working Group. In November 2011, the U.S. Treasury Department named him as one of the first members of the Federal Advisory Committee on Insurance, which advises the Federal Insurance Office on domestic and international policy. Consedine acted as the NAIC's representative to the U.S.-EU Insurance Dialogue Steering Committee, which was tasked with resolving mutual recognition/equivalency between the two biggest markets in the world. He was also active in the International Association of Insurance Supervisors (IAIS), where he served on their Executive Committee.

As Assistant Director – Supervision (Insurance) at the Bermuda Monetary Authority (Authority), Martin Maringi, is responsible for directing a group level supervision team undertaking risk-based supervision for all licensed or regulated entities in the insurance sector by implementing a forward-looking, risk-based framework involving the analysis of financial and other information obtained in the normal course of supervision. In this role, Mr. Maringi is also the chair of the Infrastructure Task Force of the International Association of Insurance Supervisors.

Before joining the BMA in June 2010, Mr. Maringi gained significant experiences in structured investments. Mr. Maringi worked at Deloitte & Touché, where he primarily consulted as a Senior Structured Credit Analyst during the 2007-2008 financial crisis. 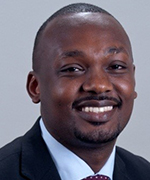 As Deputy Director – Supervision (Insurance) at the Bermuda Monetary Authority (Authority), Moses Muoki assists in leading the development and implementation of a long and medium-term departmental strategy and policy. Mr. Muoki is involved with a number of committees, working groups and projects aimed at enhancing the Authority’s supervisory regime and reputation, including two working groups of the International Association of Insurance Supervisors (IAIS) – Insurance Groups, and Accounting and Auditing.

Mr. Muoki has 18 years’ experience working in the financial services sector, including 15 years in Bermuda. Prior to joining the Authority in September 2013, Mr. Muoki worked at Ernst & Young’s (re)insurance practice in Bermuda.

Mr. Muoki is a Certified Public Accountant (CPA) and holds an MBA from Warwick Business School (UK) and a Bachelor of Commerce degree from The University of Nairobi, Kenya. 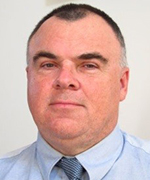 Mr. Thomas has been a long term actuary at the Bermuda Monetary Authority since 2011. He also has substantial experience in the insurance markets of the US and Latin America where he has held roles in reinsurance, consulting and insurance involving a broad variety of products, from life and annuities and pensions to health.